Why Milan for Expats?

When Ryanair operates from 2 airports near the same city, you are guaranteed to find great flight deals on low cost airways to most major cities across Europe.

But that’s not the only reason says his highness Milan ka Raja. Milan like all the other Italian cities can take you down a cultural trance if you let it. Having stayed here for more than 6 years, I have to admit that having sniffed every corner of Milan and its peripheries, an over dose of la dolce vita has put my sights far away on greener pastures and new cultures. 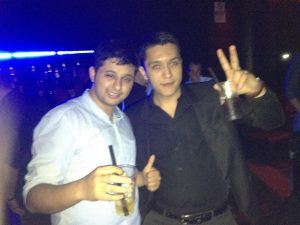 Taking advantage of cheap low budget airways, with some free time you can quickly indulge yourself in new lands. Language apps and English classes are very popular here in Milan. Every one suddenly wants to learn English, but they dont find enough people to practice it with. The surge in travelling and career opportunities abroad and also in Italy is driving the new interest in English. Life in Italy thus comes down to this one crucial issue. non parli Italiano?

Having spent my first few years in this country principally dependent on English, Italian finally became the prima lingua later. Not that I speak very well, but I have been described as a Personaggio by the locals. I think I bring a new unique Italian accent never heard before. Some Hyderabadi and Delhi mixed together with a base of Kerala, sprinkled over with some hint of Dubai and fresh Milan sauce, served with a large portion of American fries. Got carried away there.

Worst thing about travelling is when you have to leave an awesome cuisine and adapt to an other. Pardon me for being conservative with my food, but that is the Indian in me that may remain wherever I go. Nonetheless, evenings in Milan are vivid during the Apperitivo time, where you could have a drink with a well spread buffet that often takes care of my dinners. Considering that you pay not more than 10 euros at most places, I could save more partying in Milan than in India.

Check this comprehensive blog for all the information needed for foreigners visiting Milan, Italy.