Indian Hostel Life in IIT Delhi: Behind the scenes 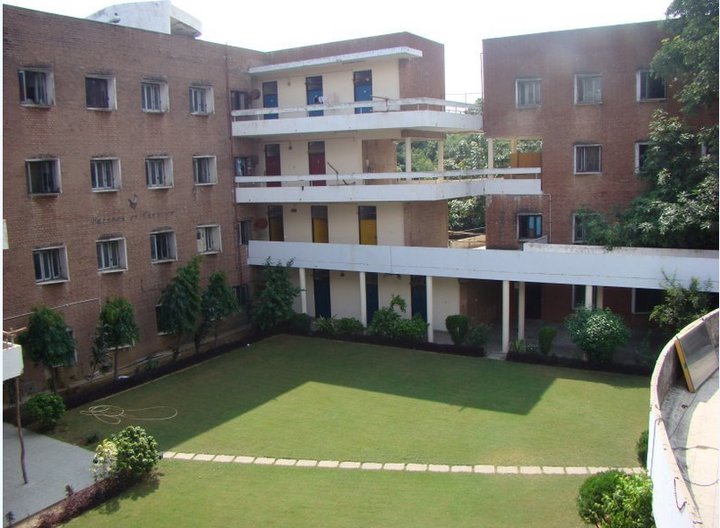 Little bit about me before IIT Delhi

Moving into a student hostel at 18 at one of the top engineering colleges in India was going to be one hell of a challenge. Everything in life is relative. As a young kid, spending time in school and sports, I hardly ventured out in the real world by myself. With age, when my Dad gifted me his “Kinetic Honda” to go for my IIT Coaching classes, I finally had the wings to go anywhere in the city. Though constrained with a lot of study work during my teenage days, I never missed an opportunity to have fun. I had a decently privileged life with family in Hyderabad and that allowed me to focus all my energy on studies while fooling around with friends in free time. However, life at IIT Delhi would stress test me like nothing else before. So many lessons from hostel life that even today, all I need to do is to dream back and recollect my thoughts to relearn.

The IIT Delhi campus could be considered a luxury to most people in India. We didnt pay much to live in a posh South Delhi area. Shared a room for a year and had single rooms for the other 3 years. On campus, we had access to a swimming pool, tennis courts, table tennis and all kinds of other sports.

The mighty 300+ acre campus with decent forestation, makes a nice green spot in polluted Delhi. We didnt have to worry about food, as we could just getout of our rooms to grab our meals 3 times a day. The IIT Delhi campus, hosting intelligent students from all across the country is usually quite clean with garbage bins around. 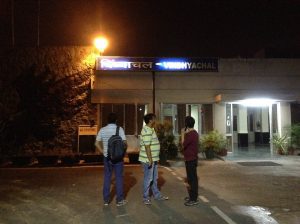 Return of the Alumni: Trip down Nostlagia lane

That is me standing with Pranav & Rohan, former residents of Vindhyachal when we dropped by for a quick coffee visit at one of the all night campus cafes, when I had my connecting flight from Hyderabad to Delhi to Rome to Milan, postponed in New Delhi. Cancelled flight turns into a trip down nostalgia lane. Strangely, I saw a lot of dogs in the campus. Did not stop to examine if they were stray, but I am guessing they belong to IIT Delhi security. Very strange, to have dogs chase your car near the Hostel and the Bank sides. It was not at all like that earlier. The students looked very energetic at the Wind T and Library area.

Consumerism on campus was high and the trash bins were brimming with coffee/tea cups. Either that or the frequency of emptying the trash was not the same like in Bocconi, which boasted equally high consumerism with its vending machines catering to thousands of students every day. No more walking all alone back to hostel with a muffin in your pocket with all those skinny Indian dogs around.

Now I do not want to discriminate Indian dogs with stereotypes, but I have got used to tame European ones, who live a more imprisoned life with their owners, eating crappy industrial cereals. Indian dogs eat what Indian humans eat only one day later before they go bad. I am talking about the majority of Indian dogs guarding homes in rural India. The rich love to eat some good meat and save the meat laden, bone filled leftovers for their massive dogs.

Tough life at IIT Delhi: Like training in Lakshya

Coming back to Hostel life in IIT Delhi, I had a Hrithick Roshan Lakshya experience adapting to the busy class schedule filled with assignments and exams, while also trying to adapt to a new city about 1600 kms away from where I lived most of my life. New language, different food, different everything.

Like all fraternity houses, Vindhyachal had its own “induction” process. As brutal as the rumors maybe, it was a great opportunity to see all of us new students in our most down to earth forms while facing our seniors during a time when Roadies was a hit. The whole idea of an Interview was at its most judgmental peak, most of us got new nick names, and team work became a quick process as we performed “tutorial” tasks for our seniors.

IIT Delhi is a great college filled with activity. Never a boring day at Vindhyachal was the theme throughout my time there. For the show to go on, you need highly motivated first year students to quickly adapt to the campus and get ready to deliver in what finally leads to some really great events like the IIT Delhi cultural festival a.k.a Rendezvous, the Open house, the sports festival etc.

Making of the Gladiators at IIT Delhi

Like in Spartacus, Vindhyachal hosted new gladiators every year. The all guys hostel hosting over 400 students was one of the 8 male hostels that were located far away from the 2 girls hostels. I almost feel like Sean Connery from the Rock recalling Alcatraz. As silly as it may sound, I have explored every inch of that campus. I found myself at the girls hostel apologizing to a senior for making an inappropriate joke within my first month there.

Yes, a typical Hyderabadi city brat talking to north Indian girls in North India for the first time, unaware of the boundaries ,connecting Ragging to Masochism and looking for a high five. This other time in Milan, I joked about Turkey´s most popular game being, playing football for Germany, in front of a very pretty Turkish girl and a bunch of other judgmental people. I do that all the time, very often joking in all good faith. In most case, like in the above two cases, I was instantly forgiven with a sweet smile.

The only catch to moving to a new city to study at a great University is your ability to have fun and learn, optimizing the two very effectively. I had the fun part covered very well and all the learning that came with it. As karma would then have it, I faced the consequences of chilling too much during the exams.

Our “Induction” program or the “Ragging season” at Vindy was very much like a boot camp, where we were all divided in groups based on activities to prepare ourselves for the competitions we would have with our peers from the other hostels. Everyone of us firstyear students would be actively involved in the fun and games events throughout the first year. Right beside our Mess/ Dining area we had the TV room.

This room hosted all our meetings, right from the time the warden briefed us for the very first time introducing us to the hostel representatives to listening to motivational speeches by various seniors. 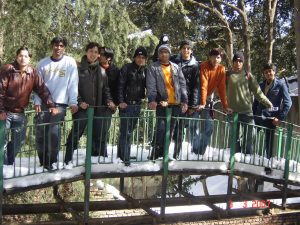 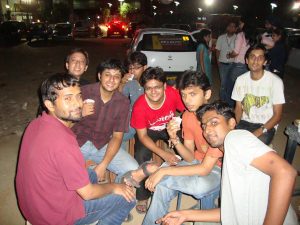 Politics is omnipresent even in IIT Delhi. A group of people will always find reasons to be divided for greed or the greater good. Vindy had its two political groups, but nonetheless the students always came together to put up a strong fight against rival hostels when the time called for it.

The events organized at the “Convo hall” would bring pleasant memories for years to come. This hall holds convocations for graduates. The students at IIT Delhi, really gave it their best efforts. To be able to balance your studies with other extracurricular activities was the goal for most students.

Come event day, we would all hear rumors of the best dance or drama performance coming up that evening. With over 10 performances from each hostel, the events were long, loud, chaotic and super fun.

Life in IIT Delhi was definitely something. You could fail in an exam for which you were completely prepared just because of a moody professor. But then you always have something fun on campus to take your mind away from all your troubles. Our all male dormitory had a yearly fun tradition. We invited female students from popular female universities in Delhi for this one day to party.

We had food, games, a DJ and everything prepared for the events. The best thing about life in India is that you always end up outsourcing your tasks to people. Vindy had its squad of janitors, butlers and cooks who looked after the place. While we fiddled with our books and computers, we were very fortunate and grateful to all their help. We elected representatives among ourselves who would often try their best in pimping up our food menus. Did not always work though as everyone would eat more outside the older they got on campus.

Five Point Someone ; What Not To Do at IIT