Why you should consider studying and working in Europe? 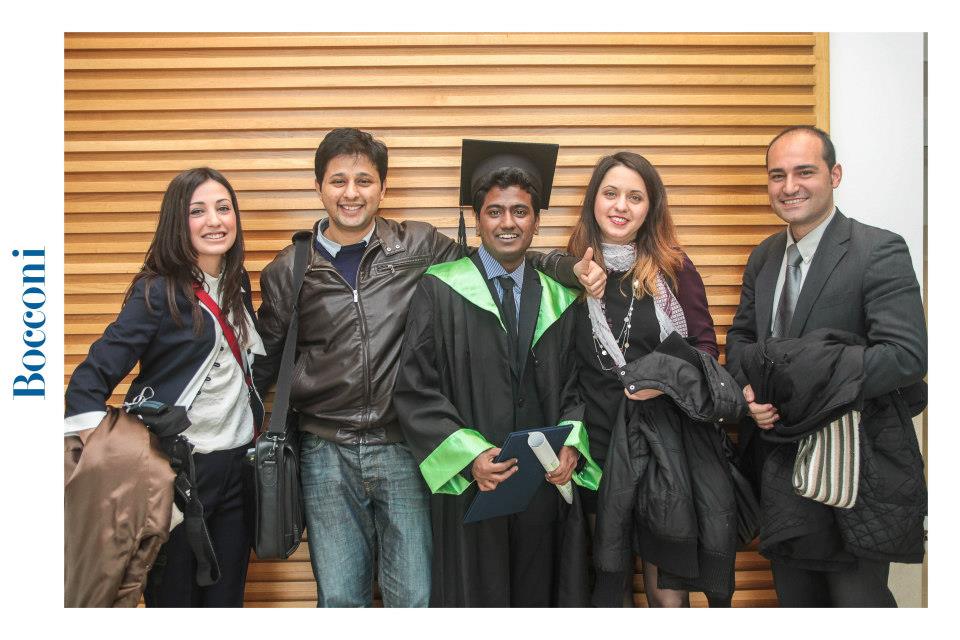 The English-speaking countries usually attract a lot of students from India seeking great career opportunities. The number of Indian students flying out to the US, UK, and Australia is always on the rise and this has led to the creation of strong Indian communities in these countries.

Life is so comfortable for an Indian national in these countries that, very often you may find Indians converse in their native tongue and live a more culturally Indian life than earlier.

The reason is that an Indian national really feels true nationalism when he is out of his country. As long as you have only lived in India, your mind will consider your city as your home but when you leave the country, you are very often not only pleased to see your own countrymen, but also those from neighboring countries who share similar traditions like the people from Pakistan, Nepal, Bangladesh and Sri Lanka.

After 6 years in study & work in continental Europe and that too in Milan, which till very recently didn’t have any of the American pizza chains, coffee shops, fried chicken places, etc, I have adapted to living without the comforts I was used to backing in upper-middle-class India.

On the other hand, I was to indulge in the newer comforts of living in the heart of Europe. I have traveled a bit, but mostly within continental Europe, UAE and India.

Had been to the UK, some years back for some important job interviews, and I would agree that London with its multicultural diversity can make an Indian national feel very comfortable.

Back then, I was a student at Bocconi University, Milan, and I could hardly speak any Italian.  As long as you live in a place where you don’t speak the local language, you will always feel like an outsider. It sucks initially but the only way to learn a language is to practice it. Use an App like Bushlark to get to know your new city.

If you only speak English in Italy,  some of the locals will treat you like a stupid retard who can’t speak Italian like them. As stupid as it sounds, a person who speaks only 1 language will judge you though you may speak fluent English and several other local languages. Learn the language well and some people will still try to make you feel like an outsider, but you wouldn’t let them.

You would get back in rapid Italian and shut them down because you have traveled more and know better how to treat spoilt grown-ups. Like Donald Trump likes to say it, keep your grudges and let it motivate you and that is it.

As an educated foreigner in Italy, you are the Elite. Most foreigners in Italy, forget this and get bored after some time. They forget that they are bored only because they let themselves be like that.

A positive mind in Italy and some basic Italian can introduce you to many new friends. Demographics among the Milanese presently include loads of Chinese, Arabs, South Americans, Southeast Asians (mainly from Bangladesh, Pakistan), eastern Europeans, etc.

About 1-2 hours away from Milan, the countryside is brimming with the Indian agricultural migrants mainly from Punjab.  Down south, I heard that a lot of catholic Malayalis work at the Vatican in Rome.

My student life in Milan

Year 1 :  Study in Finance in Bocconi University. More time spent on books and English speaking friends from all over the world. Very exchange student experience.

Year 2: Just came back from my 3 months internship in Dubai,  finishing university, learning Italian for the Uni exam, still dependent on English, but happy to know quite a lot of italian words.

My work life in Italy

Year 3-4: Finished graduation, enter real world.  am unemployed and realize that in spite of having an interesting profile, I lacked local language skills, job experience and whatnot. Great apartment life in Via Bergamo, Milan. Party so much that you no longer want to party. Practice Italian with people who don’t speak much English.

Network and finally get a great internship in Investment Consulting after convincing employers that I am all in in learning Italian. Since a lot of Italians struggle with English, an English-speaking person who learns Italian has a great edge in the workplace in an MNC.

Year 4-5: Finished internship, but didn’t get an offer to continue. Something common during post-crisis Italian hiring. Nonetheless, I have been speaking in Italian at my previous job, so am confident of finding another opportunity asap.  Modify CV in Italian and soon get contacted by a small company in Turin. Italian career experience gets bigger as I commute to Turin every day for work. Work ethics like this were last seen during my Ramiah days (explain this in a later blog).

Waking up at 6 to catch the first regional train to Turin for a day of work in this little family office near Porta Nuova. Learn a lot about who to trust and who not to from this experience as I target Italian entrepreneurs in acquiring bank guarantees as a broker. Learn to not only speak fluent Italian but also tough Italian. Contented with experience, quit the job and start freelancing. This is also the year I met a really awesome person. One in a million!

Year 5-6: Within no time, get a job in Western Union. All the fooling around in Italy and hoping, working for a company no one has heard of before, helps me immensely to get prepared. One year of sales calls, traveling across Italy, holding mature sales conversations and winning deals and hearts as we set up our service points extensively across North Italy. Happy to drive around Italy, this was a great job for a foreigner attracted by the great local sights. Traveled to Portugal, Belgium, Netherlands this year.

Year 6: Welcome to blogging and web development. Capitalize on previous experience to write a blog and pass down the learning. Hoping that other adventurous Indians who follow me on this treasure hunt to el dorado, also meet great people, have great experiences, and finally succeed to find their treasure.