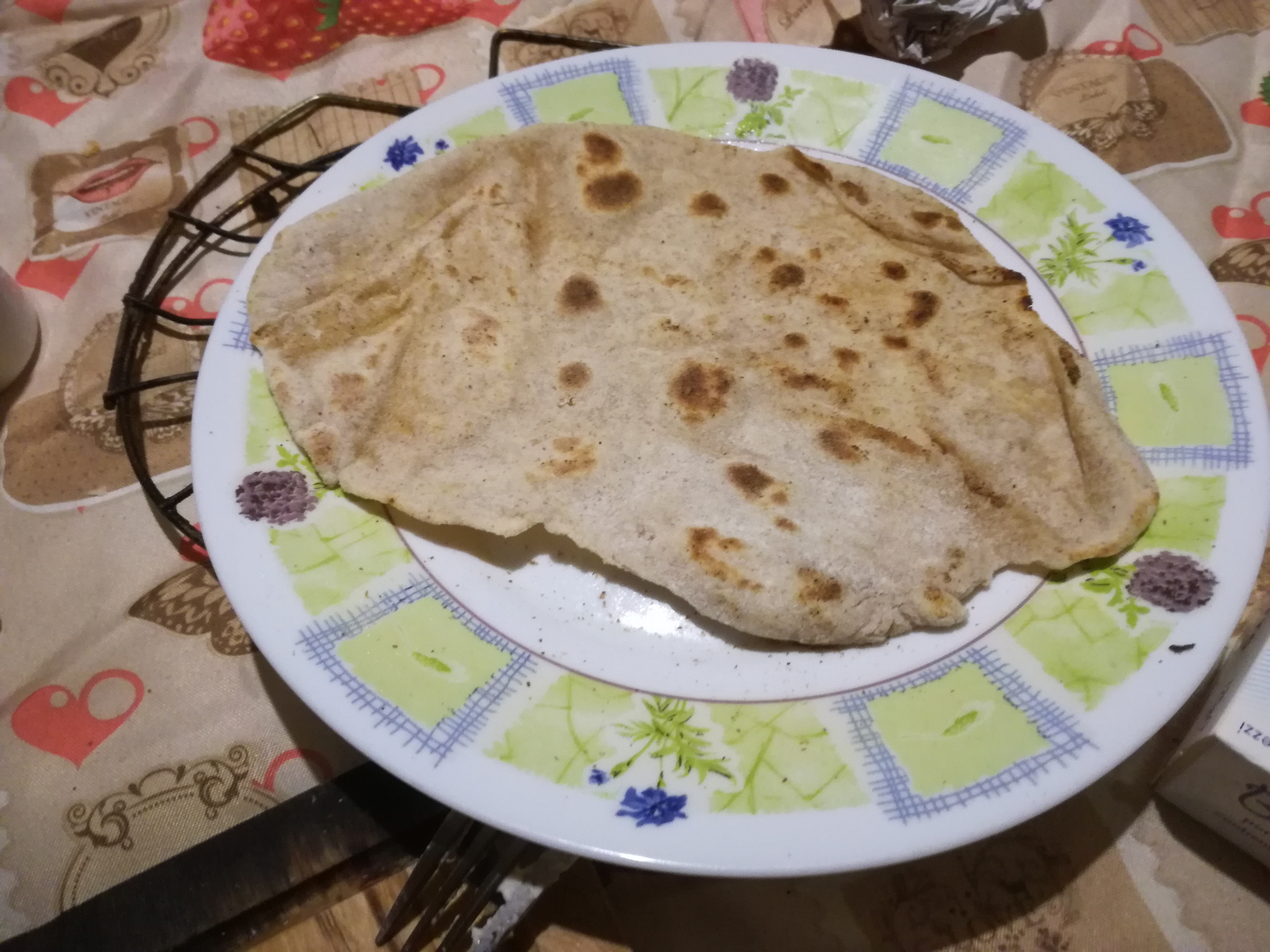 And we are back with another Food blog:

I think Baba Sehgal is trolling my blog with this video that released on a much later date. Maybe it was just a common concern of Chapatis. But, having posted a Baba Sehgal Trump video on this blog earlier, he definitely has information on my blog if not the time to read though. In an case here is Baba Sehgal’s Chapati song. MilanKaRaja may be promoting Baba Sehgal more often from now on as he as also made a Rajma Chawal song.

In case all that Baba Sehgal was too much for you, you can relax with some minimal vocals music like this. Just like how they make you smell coffee beans in a Perfume shop to refresh you sense of smell.

Over 6 years of cooking, often the very same dishes optimized to balance taste and minimal preparation time, my kitchen finally sees a renaissance..Relying entirely on Italian Piadina or  “Italian Chapati bread” like how I used to call it earlier.or the Arabic flat bread Khubz during my initial years in Italy,

I was very pleased to finally see frozen Chapatis exported all the way from Singapore to the Asian shop below my house. Did not mind paying so much for far from perfect Chapatis, but naturally the lazy me would always seek food options that require lesser trips to the Supermarket. Hence I ate a lot of Rice, that too all Basmati.

All my friends are getting married but I learnt to make Chapati: I call it the Indo – Italian Chapati bread.

Read further below to know the Indo-Italian origins of the new entrant in my Kitchen. Is it a Roti, No its a Naan, no its a Chapati…Wrong Wrong Wrong, Its the Indo- Italian Chapati bread .

BECAUSE IT IS SEO FRIENDLY!!! YOU WOULD NOT HAVE FOUND THIS PAGE OTHERWISE!!! 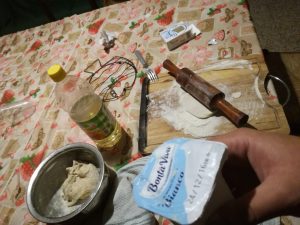 I do cook Pasta and eat Italian bread, but if I was going to cook a nice Indian dish, I would always prefer some Rotis or Rice with it, unless I could have some freshly prepared Dosas. Anyone reading this, good Dosas need to arrive in Milan. As funny as it may sound, I have already experimented very unsuccessfully with Dosas in Milan earlier and hence I may have been discouraged in attempting to prepare my own bread.

Chapatis and Rice are quite an integral part of my Indian diet. But the whole idea of preparing Rotis at home seemed to troublesome. That was until I saw this big packet of whole wheat flour that costs around 4 euros. Now, I can run away from my troubles, but not from a great deal. I must say that when I bought the packet, I would never ever have guessed that I would be such a natural in preparing the most delicious flatbread that would spare me from the overpriced Italian Chapati bread you get from the super markets. 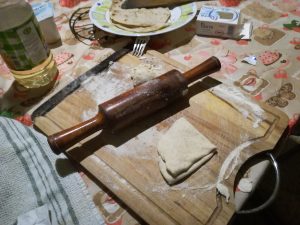 Fortunately, my old flatmate Pietro, from Puglia had left behind some of his Focaccia / Pizza preparation tools. Armed with the Roti making basics and a quick Internet search, I was prepared to mix my flour with some yogurt, oil, salt and water to form a batter. Using dry flour to keep the bread from sticking over, I quickly figured out the art in flattening the bread out, making layers that are folded to create a nice strong layered Indian Italian Chapati bread.

With 2 rolls on one side and 2 rolls again on the back, you end up evenly flattening out the batter to form a thin layer.

To further spice things up, You could fold these layers and start again so as to create multiple layer Chapati. All of this was deducted by me during my recent stint while I tried to recollect memories of how it was done back at home.

The yogurt was to give my bread a little Naan flavor:

The results where phenomenal. While the below photos just show you my first batch of Chapatis, I can guarantee you that the others I had prepared the next day came out so good that I couldn’t even save one for some screen time. No more Italian Chapati bread filled with olive oil from the super market. I was free to bake my own Indian Chapati bread. 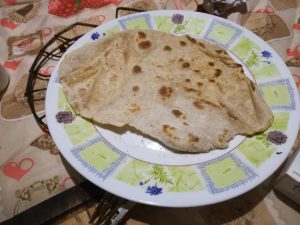 Chapatis or Rotis, can be further modified to make Paranthas or flat bread stuffed with mainly potatoes as well as other shredded veggies and meat.

While quite a few of my male Indian friends living abroad relish on their Indian wife’s cooking skills, I have my Chapatis covered for now. By the the time they finally start seeing some good Paranthas in their kitchen, this blog will already have its own Parantha Post!