How to beat Akrasia and become an Expert? 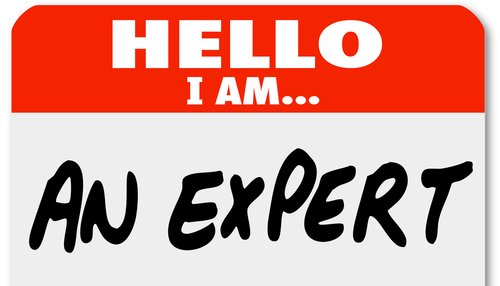 Why we all can be an Expert?

Individuals are proven to show better common sense and foresight when free from the bias of groups.

How each of us behaves in different situations is widely exploited by people in control. From a teacher using Sigmond Freud to discipline the class so as to have a more peaceful day at work, or even governments often having to use Propaganda to win accord with the masses.

This control from an invisible force for those too occupied with daily troubles may make 20-30 somethings look at the film Matrix in a whole different way. I am no Morpheus but I may have had my red pill moment.

The feeling that JFK had when he said “Don’t ask what your country can do for you, ask what you can do for your country”. In simple words, he wanted to let people know that they need to take care of themselves, and fend for themselves as you can always outsource actions but you can never outsource “holistic thinking” to others. Who else better than a President with all power and control who understands the way ahead.

The government is like a Parent with too many kids. When the population decreases, you may see the best governments aiming to truly win over people who own a bigger share of national wealth. When the populations increase too much, the strategy is more of that of a Captain of a sinking ship. Either case, we see the average individual heavily affected if he relies too much on his government to take care of his future.

Writing a Blog on “Demonetization of Indian currency“, conducting my own basic research and analysis using the INTERNET, I was quick to make my opinion on the issue very early on. Was attacked by many friends on social media who found my opinion to be silly. Some of these have vested interests including online businesses that should profit from such policies.

Some others seem to be affected by something more sinister than crony capitalists and that is stupidity. Within weeks, I had successfully predicted a lot of the outcomes, and my views were shared by many others including the former PM. Now I am trying to see this as objectively as I can without any bias, I feel like the former PM too came out with genuine concern but finished his soft-spoken words in a harsh manner.

Even the truth if presented at an inappropriate time would receive criticism from those who are too invested on the contrary. The government thus very often has to play a narrative, for all those invested to escape from uncertainty. Any “uncertainty” has to be a certainty in the script.

So what do we as responsible Individuals have to do about this?

Join the script and influence it. To influence more you have to be a part of the script for more time. If you are self-aware you can build up your own character. Nothing like social media or a blog to build up your story. Update some cool pictures, travel a bit, study at top universities. work a few great jobs and you build up an interesting profile. People you never met could judge you now.

If you rank higher in credibility, your words may be read. If not now, someday definitely there will be someone reading. And that is how you begin to influence the world. One day in time, you will be remembered as an expert when someone sees sense in what you were thinking.

Why we all can be an Expert: Individuals are proven to show better commonsense and foresight when free from the bias of groups

One thought on “How to beat Akrasia and become an Expert?”

"Blogging by the Road not Taken" > Latest Posts page > How to beat Akrasia and become an Expert?