Why world expo in India: My experience in Expo Milan 2015 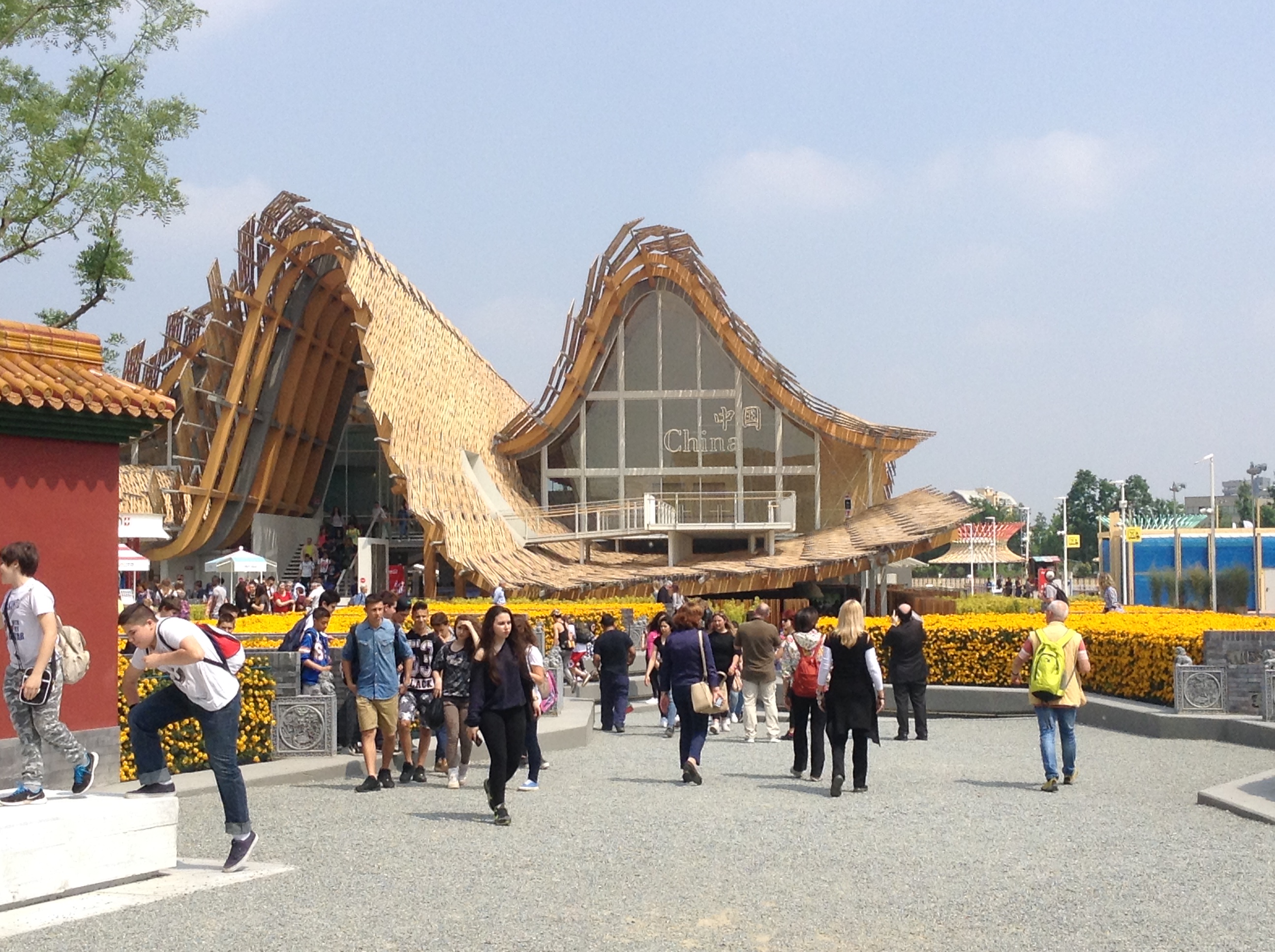 “Feeding the Planet, Energy for Life”-The theme of Milan Expo 2015

Missed CWG in New Delhi, but not Expo in Milan

Ever since I first landed in Milan in 2010, there was this buzz in the air about a big event called the Milan Expo 2015. Just like how in New Delhi, there was a lot of talk about the Common Wealth Games since 2005. I was not really expecting to find myself actually attending this massive truly multicultural learning experience five years later. Expo Milan 2015 will remain as one of the top influential events in my life. Capitalism can bring a happy smile when you have free coupons.

Milan transforms for the Expo 2015

Milan as a city changed for this event. The Porto Ticinese area in Milan saw complete renovation. We got a new metro line and the central station got renovated. The city also got some new iconic commercial zone at Porta Nuova near Porta Garibaldi. The capital of Lombardy now has a vertical forest in the form of two beautiful buildings. Read recently that the Chinese are building some real huge buildings based on this idea.

Apart from much criticism on corruption in a big event like the Milano Expo, I as an Indian who had visited the event was however optimistic about the benefits of such an event in-spite of the negatives which unfortunately is widely prevalent across nations when it comes to big events like this.

Yes even the games in New Delhi had its massive share of controversy for the same reasons. Apart from some misdeeds, both these events have been massive hits. The tremendous efforts by the people involved has truly shown. I missed the CWG in New Delhi, but was so glad to have been gifted tickets for the Milano Expo which also included a coupon for a meal at Eataly.

Super excited to visit the Expo in the first f*kin week of the huge international much awaited 6 month long Milano Expo 2015.

Joining me was my friend Adi, who is into blogging too recently, sitting down on the long strangely designed dining table. I knew the expo would be fun, but all I can say now is that one full day visit ticket is too short to truly enjoy this global event. It was so tremendous to see so many countries send their best ideas and creative minds to enchant and educate the visitors about how they are using technology to feed the planet in a sustainable manner.

I was quite disappointed that India was not going to participate in the event. I believe this could have been due to a change in government in India and the Italian marine case that had increased tensions among the two most unlikely countries. Things seem to be better now, and I for myself believe that my blogging activity living in Milan can help recover a little bit of that opportunity cost in foreign relationship lost earlier.

Katy Desario is doing her part with this interesting looking Italian-Indian music video. I on the other hand, would like to contribute with link building and blogging. I am sure I can pimp this article up to rank high so that more people learn about the immense handwork put in by those thousands of volunteers from Italy and all around the world. Special thanks to also the global elite for investing so much on an event that I truly believe was an exceptional multicultural learning experience.

The expo was a great potpourri of enthusiasm and  excellence of individuals of around 145 countries. So much to see and so little time in a full day visit. Nonetheless, I am really happy to have visited the following pavilions:

Unfortunately the visits to each pavilion could sometimes take a while as you are taken through a tour to see the awesome stuff inside.

Big corporates like Coco Cola too had pavilions with the most happy and cool young people working there. Though it can be stressful dealing with so many people, the environment at the Expo was so positive in the first week that it reminded me of a memorable past visit to the Ramoji Film City in Hyderabad.

An interesting anecdote confirming why we need to truly celebrate the world expos with heavy participation is that something simple like the ice cream cone too has its origin from the 1904 St. Louis World’s Fair, when a Syrian immigrant named Ernest Hamwi crafted the cone on the fly when he rolled his Middle Eastern zalabia pastries into cones to hold that year’s wildly popular confection, ice cream. [1]

I mention Germany and Azerbaijan first as they had some really high tech pavilions totally blowing us away in awe.

In Germany’s case, I am guessing that this was the least they could do for a world event. They surely did succeed in completely beating my expectations with all the cool hi-tech gadgets. With light sensors in a futuristic Crystal Maze type rooms, I  almost competed with young children for turns . At the end, we all joined in an interactive music session in a very fun Germanic way last seen in the Oktoberfest at Munich.

Azerbaijan on the other hand may have spent big money in building this impressive hi-tech dome type structure with stuff you would see only in sci fi films. Seeking to draw in the big investors, the energy rich country definitely got one budding small investor enticed that day. Azerbaijan a country I remember from my stamp collecting days in Kerala, has historically once accounted for over 50% of the global oil production.

Among the other best pavilions, let us start with the most fun set up. Brazil had a trampoline set up with exotic plans and tress beneath. Nothing like seeing all the greenery in Brazil, while feeling like you hiking across the Amazon rain forest.

I was greeted by a very lively cultural performance at the Vietnamese pavilion, for Thailand, we got to see a 360 degree video projection and 3D hologram that sold a trip to Thailand right there.

Colombia too had a very nice pavilion with really clear high definition visuals that reminded me of the start of the Anaconda music video. Plush green country rich in exotic tropical fruits and much more. The idea of moving to Colombia and eating fresh fruits, while living in such greenery didn’t look bad at all.

Israel had a very educating and inspiring video on how they used the best technology to facilitate agriculture in water scarce lands. Drip irrigation is a familiar word but I finally was going to learn how it originated in dry Israel and how it is helping many across the globe.

The boats with fruits on top may be from Thailand or Indonesia or Malaysia. As simple as it looks, the idea of developing the waterways is yet to take off in India in a big scale.When it finally does, it will be an immense boost to the Indian economy.

South Korea seems to be one step away from actually developing a T-800. By the likes of those impressive robots performing a fascinating display of visuals, the day is not far. Truly marks a pinnacle of robotic synchronization.

Unfortunately, constrained with time and battery in my Ipad, (I had an old mobile back then, not anymore), I missed out in taking many pictures.  Visiting all the enamoring pavilions was also not possible in one day.

The best of Milan Expo, Lunch time at Eataly!

We nearly relished the adrenalin of almost traveling around the world in 9 hours.  With all the walking around, you need to stop for some good lunch that will keep the high spirits going.

Fortunately for us, we had coupons for a full course meal at Eataly. This was not going to be any full course Italian meal. We could choose each of our dishes from each of the Italian regions. So, I took a sea food pasta from Liguria as my primo or first dish. Accompanied by a rich meaty Agnello a Pomodoro (Lamb and Tomatoes) dish from Roma.

Contended with nice Wine and some exclusive dessert, we finally reached for the last free item in our coupon. A nice little cup of warm C8H10N4O2 (The caffeine molecule) to keep us going.

Expo Milan 2015: Self retrospect your life for innovation

Oh boy, just talking about the Expo has got me nerdy enough to find the chemical formula of the caffeine molecule.  While I saw the hoards of children enjoying this event, I begun to think about my own past experience presenting an innovation or a creation.

From the Open House event at IIT Delhi, to the science project event in my childhood school in Kerala, these events have always served as avenues to inspire and educate. Probably, the Expo Milan 2015 was the biggest such event that I have ever attended.

Living in Milan, Italy, I truly had a great time visiting the Expo Milano 2015. I felt truly inspired by the fun multicultural learning experience. Certainly, my enthusiasm should be shared by many more of my country men.

Surely, one of the goals of the expo is to reach out to as many people as possible. Therefore a country like India should benefit immensely from such a multicultural learning experience. By preparing its citizens to be better adapted to meet the international market and and the best of technology from across the globe. In return, the whole world gets to visit India again since the East Indian Company left.

It would also be great if we Indians could organize a mini national expo in India with the best efforts from each state to be prepared for an eventual international event. Hence, the key here is to be better organized to truly attract the best of talents in such an event.

Get our infrastructure fixed and our public transport efficient. Milan changed for the Expo Milano 2015 and New Delhi changed for the Common Wealth Games 2010. Indian cities hosting such big events can finally take things to the next level.

I vote for a World Expo in India!

The purification process from foreign influence seems to be almost over.

Finally, can we all get together and make Kolkata better than Calcutta again. Hosting at least one Incredible Indian world expo in Independent India should do the trick.