Discover Spirituality with a Nature Trek by the Ganges at Rishikesh 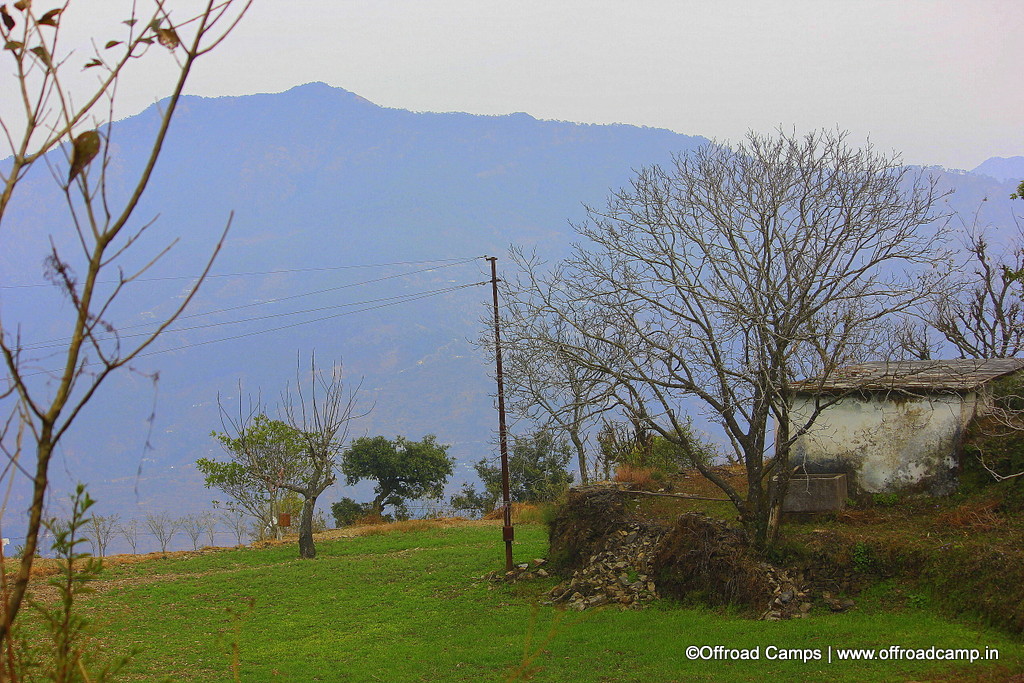 I had my very first mountain hiking experience on Himalayas with a Kumao girl Lakhi. She was playing with her dog near the camp, least aware that her naturally green eyes and childlike innocence had already made me her fan. I had reached the camp early, and was waiting to meet the Italian group, who were using it as a base before starting their expedition to Bhagirathi. However, the camp got postponed as two of the expedition members got sick and were recommended a month’s rest.

So there I was – all ready and fighting with my office to extend my leave, as I prepared to stay at the camp alone. This meant I had all the time in the world to relax, explore and fill my diary with every little thing that I saw or experienced. And that was the time I started spending my time with Lakhi. She was barely four at that time, but knew in and around the village of Kasmoli like the back of her hand.

Within two hours of meeting her, I already knew the home of the Gram Pradhan (village head), about the seven villages that surrounded Kasmoli and the crops that they were expecting to harvest in that season. It was only my second at the camp, but I had already started to like the people around.

Through Lakhi, I got to know the names of most of our neighbors. She also introduced me to her brother who was curious to know why people specially climb mountains when their life is already so filled with them. Little fellow had a difficulty in understanding that there are places called planes, and mountains allow only few people to come and live on them. But Lakhi was different – though she was young of the two, she seemed to have a stronger imagination. She started to relate with my talk of adrenaline rush that came from exploring hidden routes and exploring destinations.

And then came the plan. It was Lakhi who suggested it – that we go out in the mountains for one full day and see what all we can find. Her brother participated in the discussion too. He has heard that that there was a fall nearby, and from the back of it was the on-foot route to Masoorie (a famous Indian tourist spot).

Although the idea seemed good, and I had all the time in the world to try it out, I didn’t want to take two children along on a totally undiscovered route. So I asked the villagers, and two men, along with Lakhi & Shyam’s father agreed to tag along.

We estimated the total distance to be 27 kilometres, and decided to cover it up in the circular way so that we could see more places. While we were still in planning stage, some elders suggested not to take the route from the forest. But we had made up our mind, and so began the journey:

We took Offroad Camps as the starting point, took two tents on the rent, packed food and started off. It was my first experience of a 24 hour eco trail and I had made up my mind to enjoy it to the fullest. What was more iconic was that a four year old girl had convinced me to do it.

The eco trail was truly beautiful, sometimes running directly at the edge of the mountain, and sometimes taking us to the 360 degree view.

The scenery always changed, when I was there, once there was stony path, on the other was there were pink flowers all till where your eyes could see.

Our little experiment of doing the Offroad Camp, Kasmoli eco trail within 24 hours had its own challenges. One of which was that we had to stop every 15-20 minutes because of two young kids who were the part of our group.

Walking through elevated path was a good idea. First of all, it saved us distance, and secondly it offered some breadth taking views of the valley.

By the time moon was out, we had already crossed-over the boundary of Masoorie, and were ready to set our camp and call the night.

Next day, we walked a little more and started climbing up onto the main hill, from where you could see the whole city in the valley and neighboring mountains. It’s the best if you do this hike in dark, as the view is more beautiful at evening time. The view includes many bridges and the lighting sites. While walking down, we went on the opposite route where we came from, so that we could take more pictures of the beautiful trail we did at Offroad Camps and have a story to tell too!

Nitima is a spirited, young freelancer from India who believes life can be summed in three words –meditation, travel, and writing (essentially in that order). She’s a non-foodie who likes to explore – be it places or the hidden, deep emotions of humanity, and write about her experiences. In her free time, she makes homemade soaps and prays to God for world peace. Know more about Nitima.

"Blogging by the Road not Taken" > Latest Posts page > Guest Blog, Indian Travel, Nature, travel > Discover Spirituality with a Nature Trek by the Ganges at Rishikesh