How and why should you mine Bitcoins with Hashflare 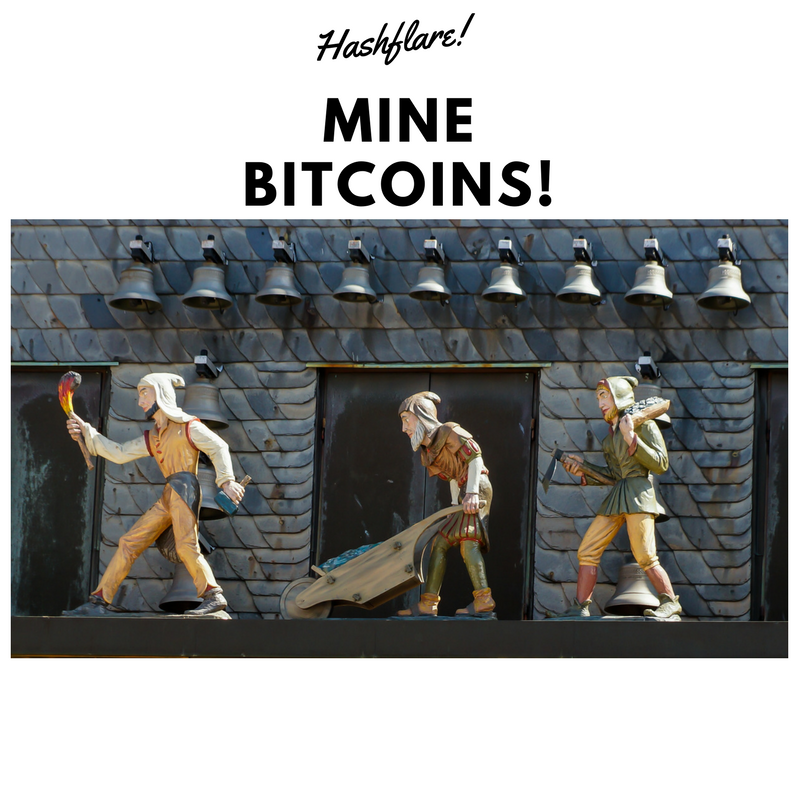 A Life lesson on the benefits of delayed gratification. I owned a little Bitcoin in the beginning of 2017, blogged about cryptocurrencies and sold it for meager 80% profits in 4 months. Today, I could have sold the same for 1300% profits in 11 months. Nonetheless, I have had time to research on Bitcoins and also see the several other key developments that seem to establish its relevance in the future. Not only do Bitcoins make it easy to purchase other crypto-currency, but it also eliminates the need for centralized intermediaries like Banks to validate transactions. This task of validating transactions is decentralized with the help of mining and the miners are rewarded with bitcoins.

Remember a Professor at Bocconi mentioning this at class one time: “The risk of a short position is a lot more than the risk of the long position. While there is only a fixed amount of money you can lose for going long, you could lose any amount of potential gains in asset price on going short.”

I did not consider Bitcoin to be an asset before, as it does not generate any income. But on the other hand, Bitcoin mining seemed like a useful service that generates a reward for facilitating transactions. Seeking an investment unlike Gold that generates income and not just capital gains, I realized that Bitcoin mining had the solution.

How does Bitcoin mining work?

As Bitcoins eliminate the need for a centralized intermediary like banks to validate the transaction, the miners help in keeping a record of transactions. A list of transactions in a given period is grouped as a block. The list of blocks are further connected and added to a general ledger in what is termed as a “blockchain”. The blockchain keeps growing with time and any new miner has to download the entire list of transactions before they begin mining.

Miners are crucial to the security of blockchain as they ensure that the general ledger of transactions or the blockchain is not tampered with. Every time a new block of transactions is created, the miners take the data in the block and apply a mathematical formula to it to derive a hash code. They also utilize the hash code derived from the previous block in the formula. The hash derived is so unique that any attempt to change data in the block would result in a completely different hash. Hence, any attempt to change a block of transactions would easily be identified.

Start Bitcoin Mining and get rewarded!

The miners compete in collecting the data from a block and creating a hash and are consequently rewarded with a certain number of bitcoins. Currently, a miner is rewarded with 12.5 bitcoins as a block reward. It started out with 50 Bitcoins and is programmed to decrease in half for every 210,000 blocks. But each block is also designed to be mined on an average of every 10 minutes. Hence, the halving of rewards takes place about every 4 years. Even though better technology is used to mine faster, the mathematical formula for creating the hash of a block adjusts itself to take an average of 10 minutes.

Bitcoin is considered deflationary rather than inflationary due to the decrease in block rewards. As the supply of new bitcoins decrease, it consequently leads to a higher price per bitcoin in fiat currency terms.

What is Hashflare and why should I start mining bitcoins?

Based in Tallinn, Estonia, Hashflare has a range of cloud mining services developed by the Hashcoins team. Cloud pool mining seems like an ideal way to start mining Bitcoins and other Altcoins. As it involves minimal costs and risks, Hashflare is even more flexible than Genesis mining which has bigger contracts. Instead of procuring your own hardware and worrying about energy costs, you can outsource it to the best professionals. Cloud mining allows you to join popular crypto-currency mining company pools that guarantee regular payments due to the bigger market shares.

There are several payment options including BTC and credit cards. An important thing to remember when purchasing a contract from Hashflare is to fill the code mentioned on your bank statement for verification purposes.

In 24 hours you can check how much you made for the day along with a forecast for the week, month, 6 months and a year. There is a small maintenance fee which turned out to be in the range of 12-16% of the revenues. As I have been experimenting with allocation across different mining pools, the maintenance fee seems to vary accordingly.

Additionally, Hashflare also has a reinvestment option which can boost your hash rate and consequently your daily earnings. I have personally not yet experimented with this option. But I will soon update this blog with further analysis of using the reinvestment option. My concern was that if a Bitcoin is reinvested tomorrow would it be better than a bitcoin reinvested today?

Due to rising prices and fixed costs for mining contracts, does it make sense to not spend your Bitcoins?

Overall, I am very optimistic about mining Bitcoins. And I really hope to see break even in less than 3 months. It seems like the best way to accumulate Bitcoins today at current prices.

Update: It has been less than 2 weeks and I managed to get a nice stash of Bitcoins in my wallet mainly due to the referrals. Happy to have been able to withdraw it successfully. Everytime, someone clicks on the Hashflare banners above and registers on it, I get 10% of any mining contract investments made. The new Hashflare miner then gets his own referral link.

Where to by Crypto currencies: Coinbase Promotion & Cryptopia

FREE BITCOIN of 10$ for buying 100$ worth of cryptocurrency from the most trusted and secure exchanges: Coinbase.com. Mining on Hashflare has become more expensive since I wrote this blog. Even Bitcoin prices have fallen in the week pre Christmas, to levels of 12,000$ per Bitcoin from peaks of 20,000 $ the previous week. Hence, I decided to diversify my Bitcoin accumulation strategy by buy some directly from the most trusted exchange. Even better, they offered me 10$ of free Bitcoin for my 100$ purchase of Ethereum.

Coinbase is definitely the most user friendly and secure looking crypto exchanges I have found. To upload your ID when you register, they send you an SMS with a link on which you upload a picture of your document. With multiple layers of authentication along with clarity in information, Coinbase looks good. You can instantly buy Bitcoins, Bitcoin Cash, Ethereum and Litecoin with your credit/debit card. To buy other currencies, you could try exchanges like Cryptopia, which may not have a very pleasant user interface, but it lets you trade a big range of crypto currencies.

I personally would advice buying some Ethereum for transactions due to the cheaper network fee. Until the Bitcoin Lighning Network starts running, Ethereum, Litecoin or even Bitcoin Cash may be the answer. This is just because that so many people prefer to buy Bitcoins for currency exchange. Consequently the Bitcoin network fee has got higher.

"Blogging by the Road not Taken" > Latest Posts page > Bitcoins, Blockchain, Economics, Finance, Fintech, Investment, Make Money, Technology > How and why should you mine Bitcoins with Hashflare